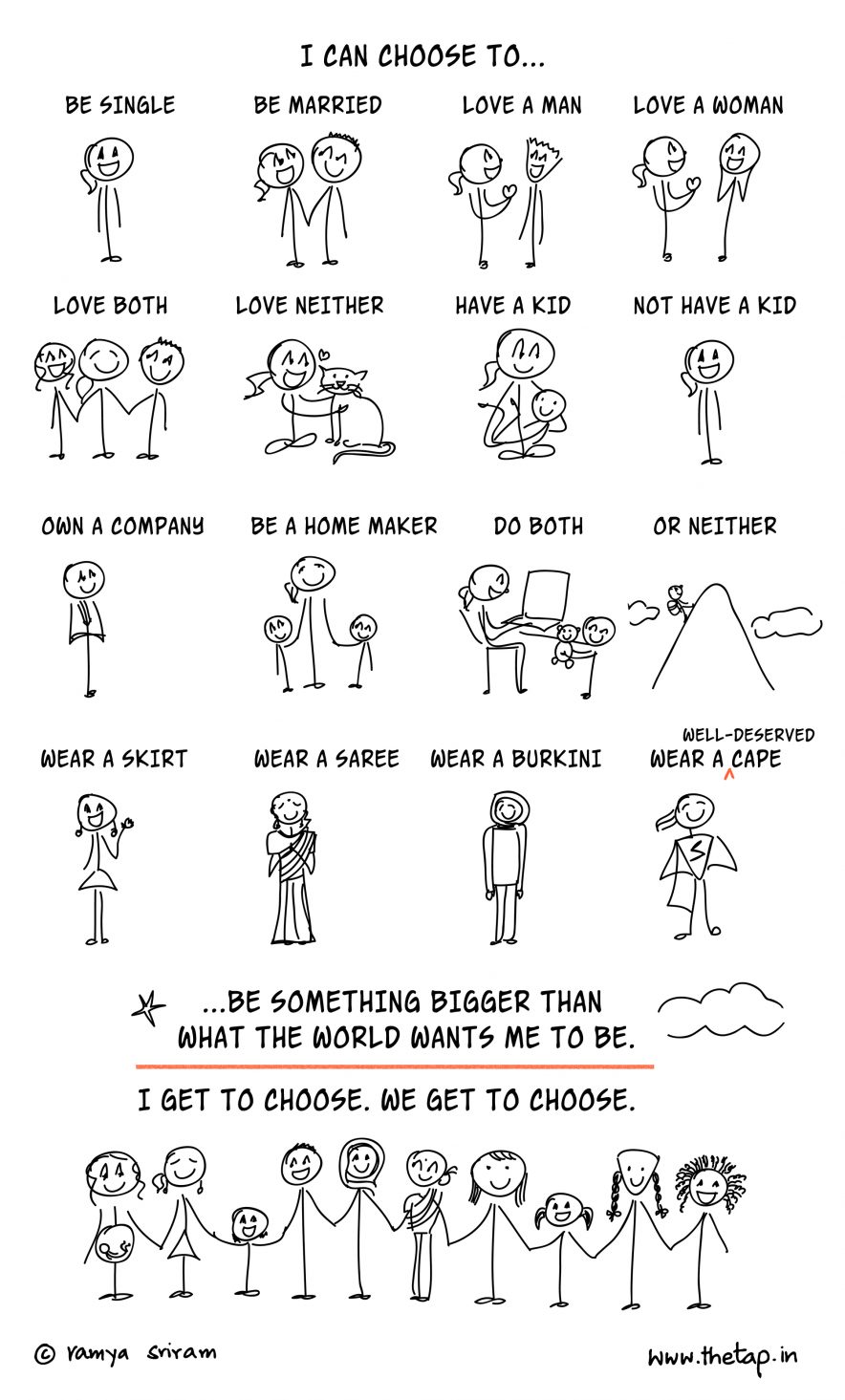 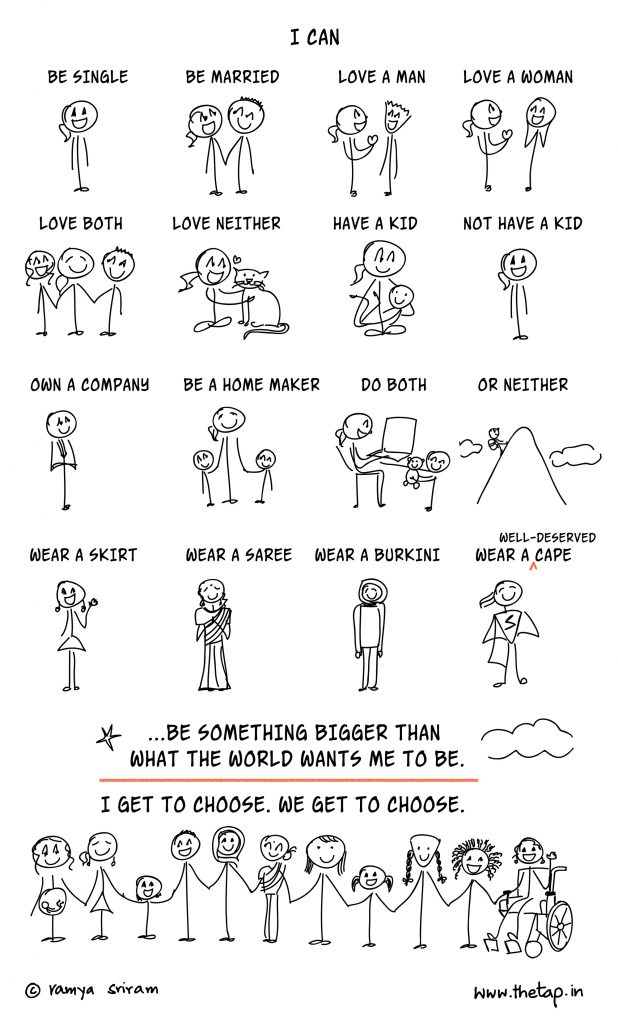 Being a woman is hard in any part of the world. In several countries, women simply don’t have the power to exercise their choice without facing cultural backlash at best and possible death at worst. But even in countries where women can make a choice without the (very real) fear of abuse/death/execution there is the fear of  what people will say, of being rejected by society and your family, of treading a very lonely path.

Just imagine a world where women could wake up and make a choice fearlessly. The choice to make our own decisions, the choice to marry or reproduce or have a cat or climb a mountain or work from home or wear a miniskirt. The power to simply be. The freedom to live without fear, walk the streets without being armed with umbrellas and pepper sprays, the freedom to live without being judged.

I am conscious of saying that we do have a choice comes from a place of privilege. Yes, we do have a choice. But I hope for a world in which we could exercise that choice while being completely unafraid, without worrying about who’s going to stare at me in my bikini, who’s going to judge me for my burkini, what if I wore a miniskirt, what if I divorced my husband, what if I didn’t have kids, what if chose to not be a homemaker. The list goes on. The world puts out a very narrow little box for women to fit into. I just hope we can be bigger than what the world wants us to be.

5 Comments on “To all women worldwide: Choice is empowerment”