Long ago there lived a group of five friends. Each one was very different from the other. But they didn’t mind it, and agreed to disagree on many issues. One day a group of big cruel giants came and started separating them and putting them into different cages based on their looks. They built walls so that the friends could not see each other or talk to each other.

(Sequel to the comic:)

The five friends missed each other terribly at first. However as time went by, the friendship faded. The more time they spent in their cages, the more they liked their bubbles. Everyone agreed on everything. Many years later, when the groups were released from their respective cages, they were suspicious of people who looked or lived or thought differently to them. Threatened and insecure, each group concluded that anyone who was unlike them must be the enemy. 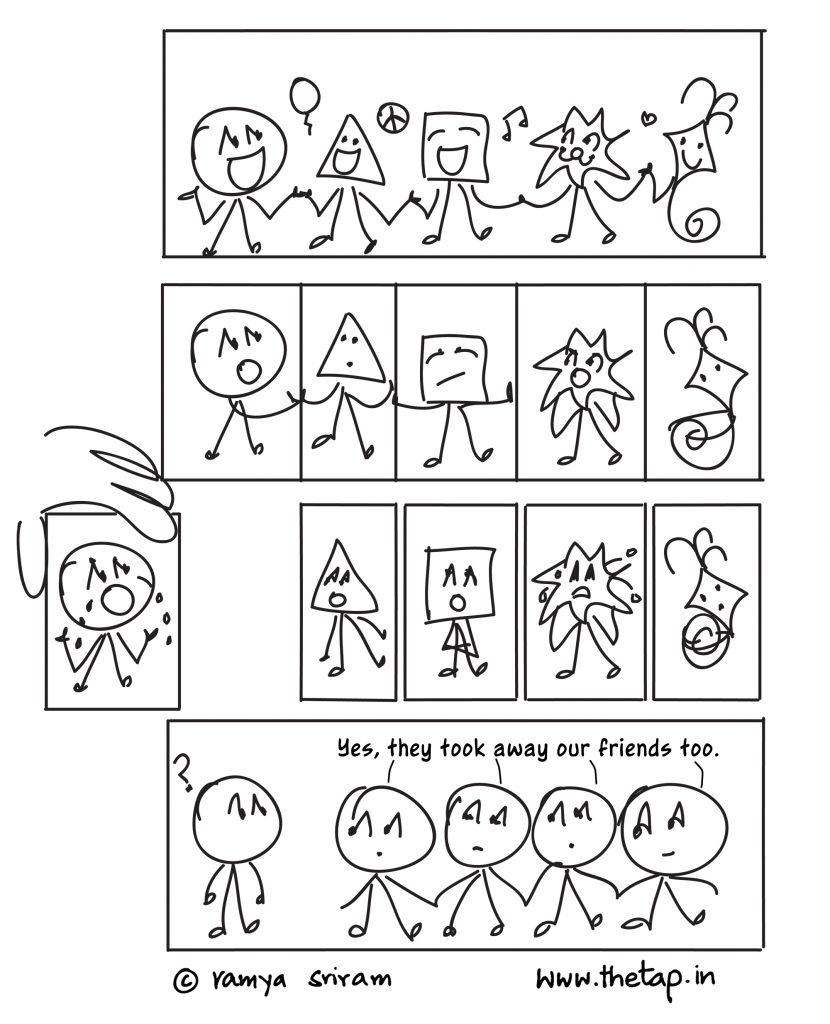 One Comment on “What kind of world are we creating?”