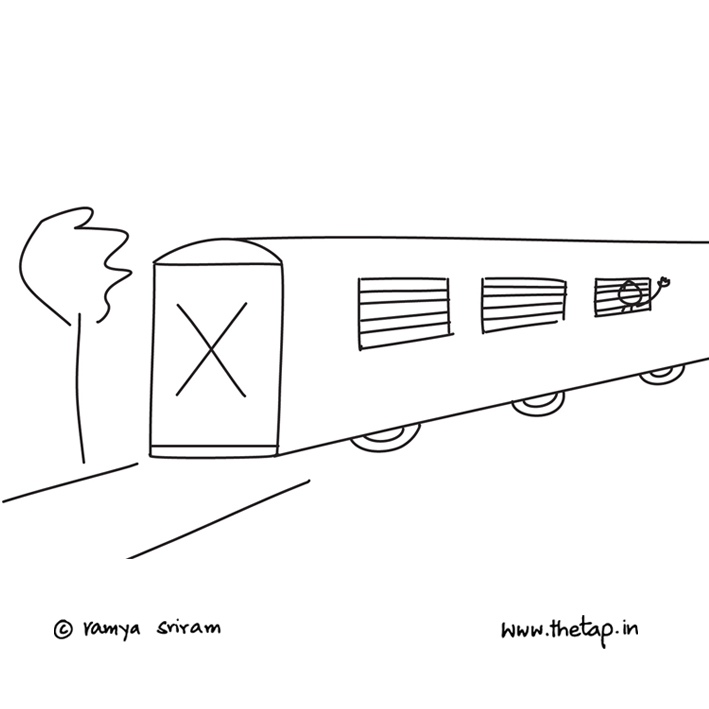 One thing I’ve learned from all of this agonizing is that it’s okay to change your mind. If you don’t like where you are or if you aren’t feeling happy or fulfilled, it’s okay to try something else. Like many of us, I’ve glorified the idea of having a single purpose or a single career path and have envied people who’ve thrown themselves into all-consuming missions.

But now I know that it’s okay to have multiple purposes, varied interests, and be brave enough to chase them. Experimenting is a good purpose to have.

I’d like to share with you a little bit about my story. When I was in school, I wanted to be a designer. I was hugely involved in arts and music and writing, and in fact, I was working towards becoming a designer. This changed in the 10th grade when I went to watch something called a beating heart surgery that was being broadcast live from a hospital. There was this cardiac surgeon who was holding the beating heart of his patient in his hand, and he said, “If you want to touch someone’s heart, here’s one way to do it.” I was 15 and I had stars in my eyes.

I ran home… easily impressed!… I ran home to my parents and declared that I wanted to be a cardiac surgeon. And they were really alarmed because they said, you have to make so many sacrifices and you’re gonna have to give up, maybe give up, arts and music and things like that. And I said that I was prepared to make all these sacrifices, and so I coached for two years in an institute where I was studying for about 12 hours a day.

After year and a half, I decided that this wasn’t sustainable and this was not something I wanted to do for the next 20 years. And so I changed gear and decided to do a four year degree in engineering. I studied biotechnology, which I really liked, and at the end of my degree, I wanted to make biofuel and save the world.

But all of the opportunities were outside of India and I wasn’t prepared to leave the country back then. And I looked at all my friends and all of them were studying for an MBA and I said, oh yes, that sounds like a good option. So I ended up trying to do an MBA and I dropped out of it within five weeks and I was, I think I was the only person in the university who had both a freshest party and a fair party within a few weeks.

But then I worked with a publishing house for about five and a half years. I was an editor of science and wildlife books, which was amazing because it spark an interest in, uh, in travel writing. And I freelanced as a travel writer for a while. It was during this time that I set up The Tap, which started out as a comic strip, then became a sort of side hustle, and today it’s been a labour of love for about 12 years.

I then decided that I wanted something more creative, and so I moved on to advertising. This lasted only for a short while because much as I loved the energy and the environment, I just couldn’t take the late nights. So I made the best decision ever, which was to freelance as a creative independent professional, and I worked as a cartoonist, a content writer, a copywriter… at some point I was offering website design services. And I really enjoyed the variety of projects that I was working on.

Identifying what mattered to me

And this sort of laid the groundwork for the next few years of my career, which was about having the freedom and flexibility to work on multiple things. I then moved to the UK where I worked in a startup as a content marketer. It was a role where I felt completely at home. I continued to draw comics on the side, I continued to write travel articles, and I’ve just started writing children’s books.

So, in a nutshell, it’s okay to change your mind. Do what makes you happy, whether it’s at work or otherwise. I think the pandemic has forced us to re-examine our lives and define what really matters. Don’t let fear get in the way of (you) living your life.