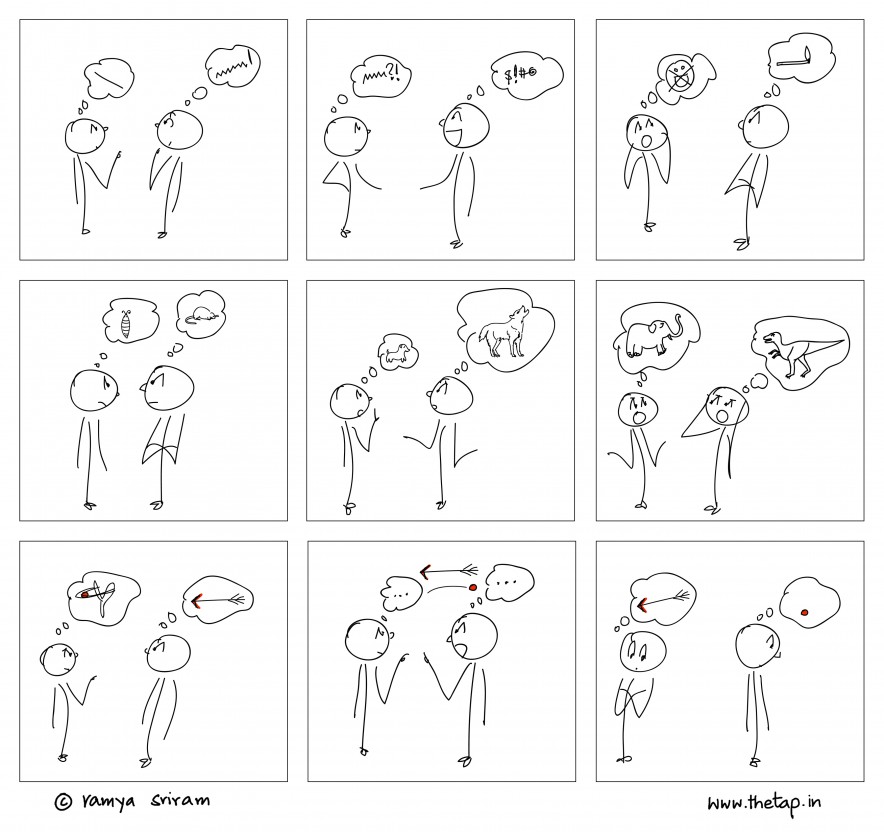 Some conversations start off innocently but end in that bewildering, ‘what-just-happened’ feeling some of you may be familiar with. It could spring from something really small, like not finding a joke funny, which could then lead to an argument that just gets bigger and bigger. One says pup, the other says wolf; one says elephant, the other says T-rex — in a convoluted, meaningless, heated exchange — and finally both snap and bring out their daggers.

One of those days, so just had to vent and make this comic.

How many of you relate to this? 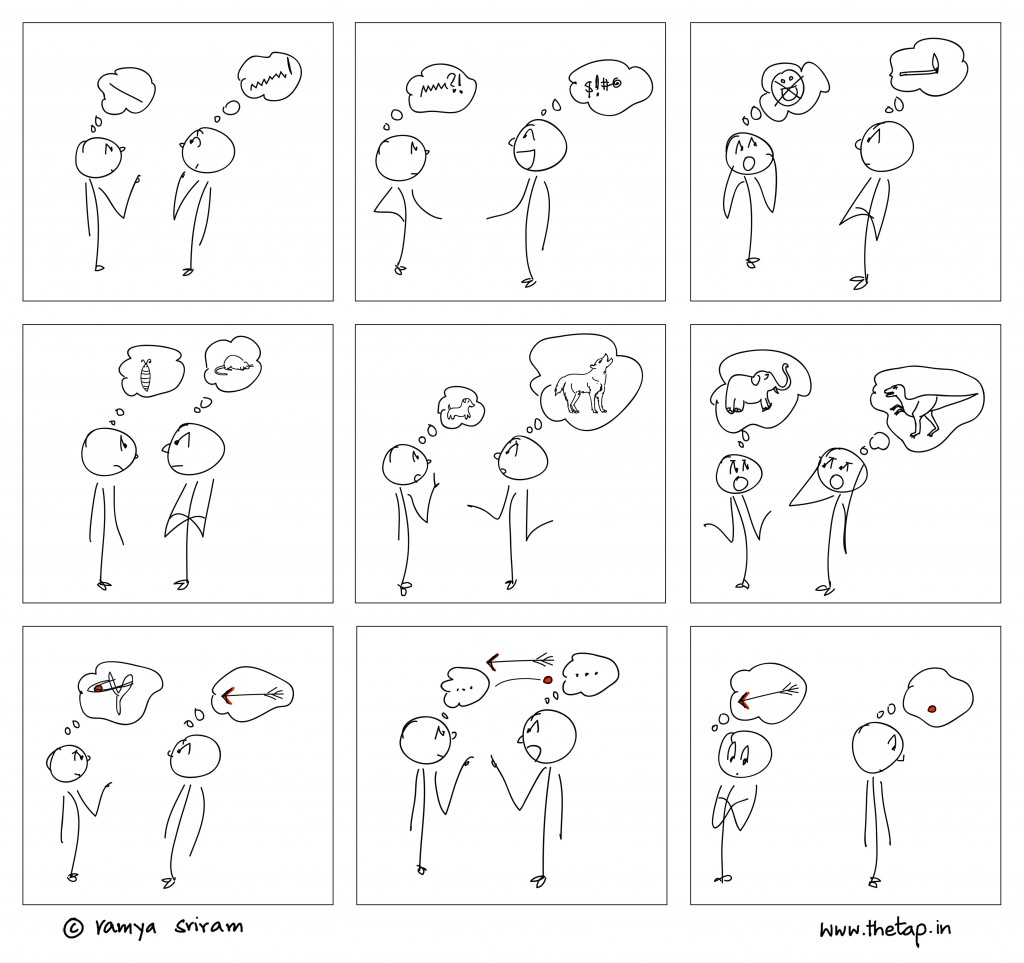