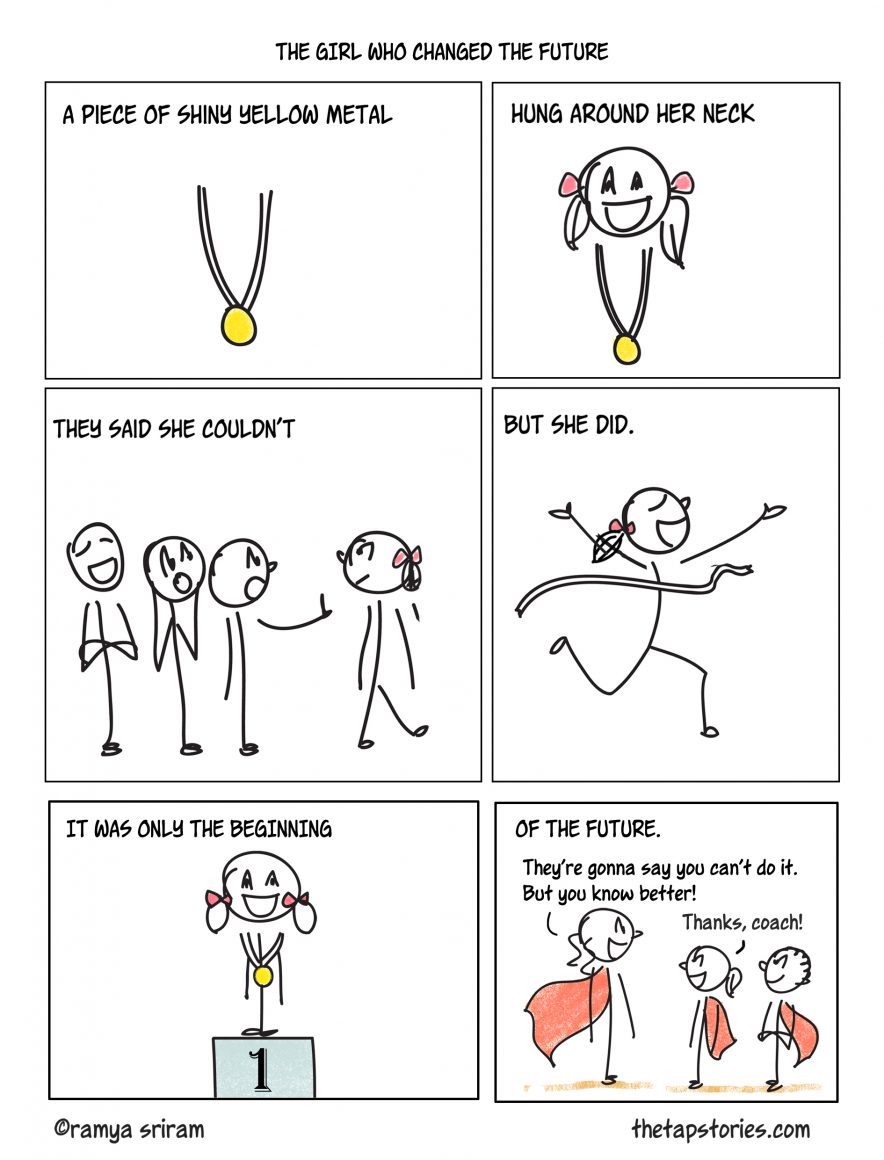 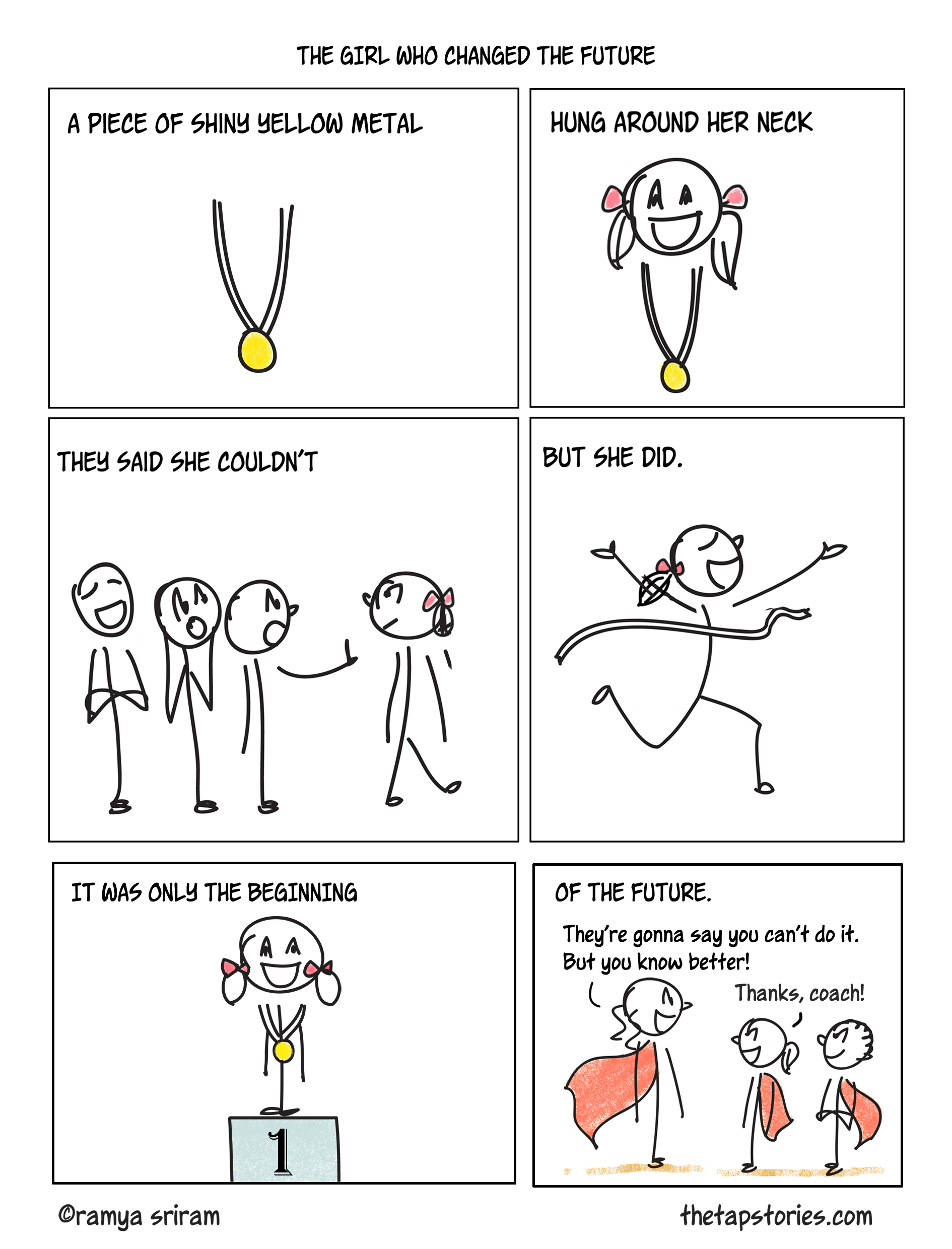 While I was at university, I used to volunteer at a school near Vellore, in rural Tamil Nadu. A 12-year old girl once came up to me and told me that all she wanted to do was to play football after school but she knew that “girls don’t play football, only boys can.” I asked her who told her that, but she shook her head and firmly insisted that only boys were “allowed” to play. I was with a friend, a female athlete, who was so surprised and taken aback by this comment that she immediately gathered a group of girls, went to the playground, and arranged a game in the mud. I will never forget the look on the girls’ faces as they yelled and shrieked and laughed and played. Pure, unadulterated joy.

Girls all over India face a huge variety of challenges. Being made to drop out of school, lack of access to menstrual hygiene, child marriage, the list goes on. I’ve always advocated for education, but it never struck me how powerful play can be. I truly believe in the power of sport to change a girl child’s future. I was surprised to find that even girls from educated or wealthy families were discouraged from sports because of stereotyping or the fear of not being socially accepted or, in some cases, simply because, “You’ll become dark if you play in the sun.”

This is a super simple comic but I hope it inspires you to leave a comment about organizations you know who are working to encourage girls to be more involved in sports. The most obvious one I can think of is the wonderful Magic Bus, but I’d love to hear of more. 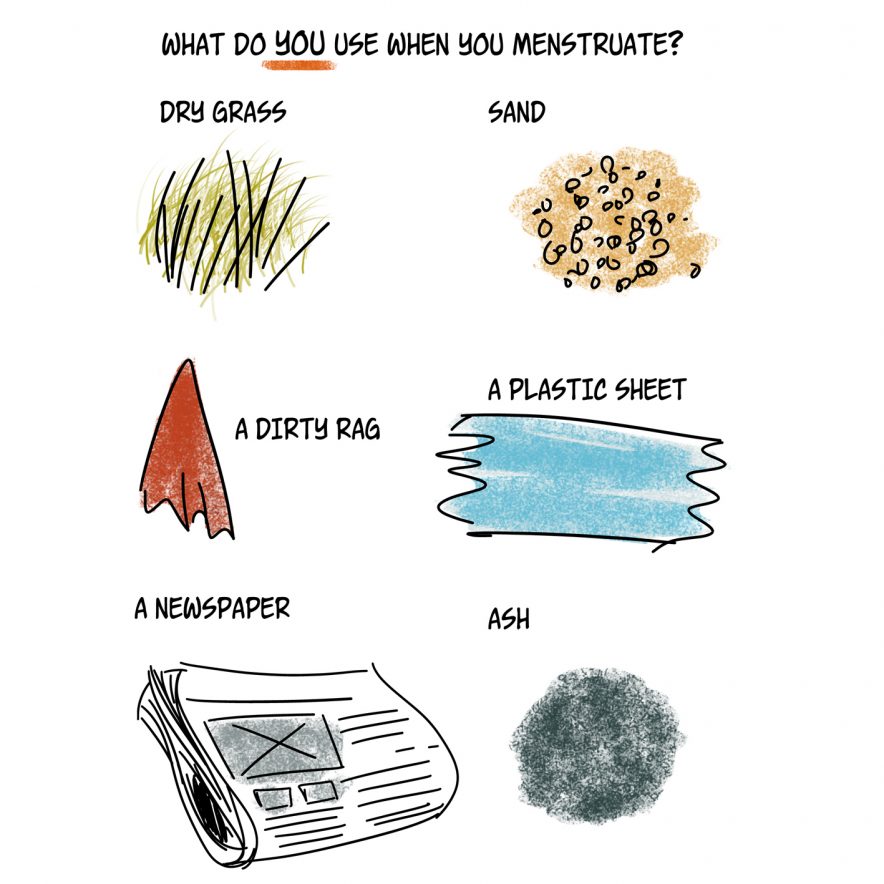 Many women in India do not have access to menstrual management tools, and they resort to dirty rags, newspaper and even sand and ash as a result. Goonj works with women in some of the remotest parts of India, helping to divert material from cities to villages. Support their “Not just a piece of cloth” campaign, through which they provide affordable cloth pads. Know more: goonj.org/njpc 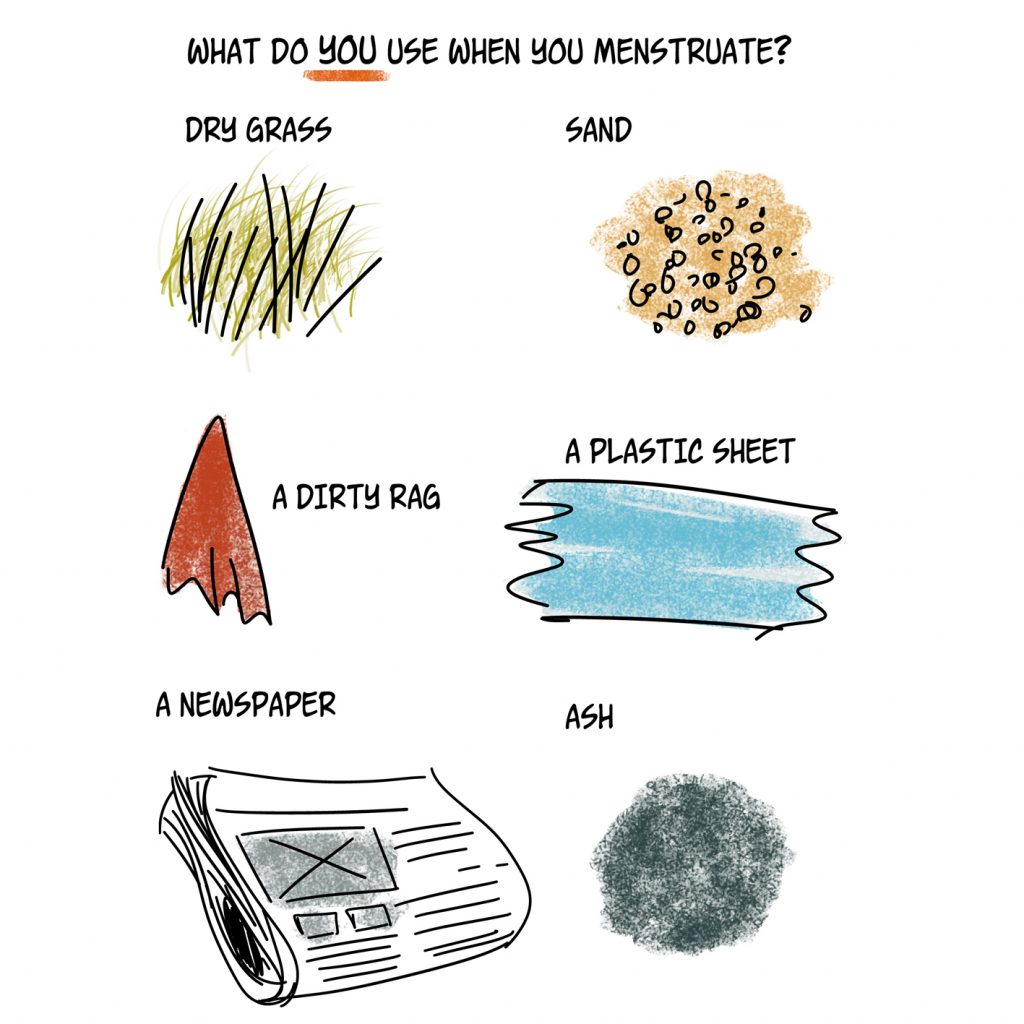 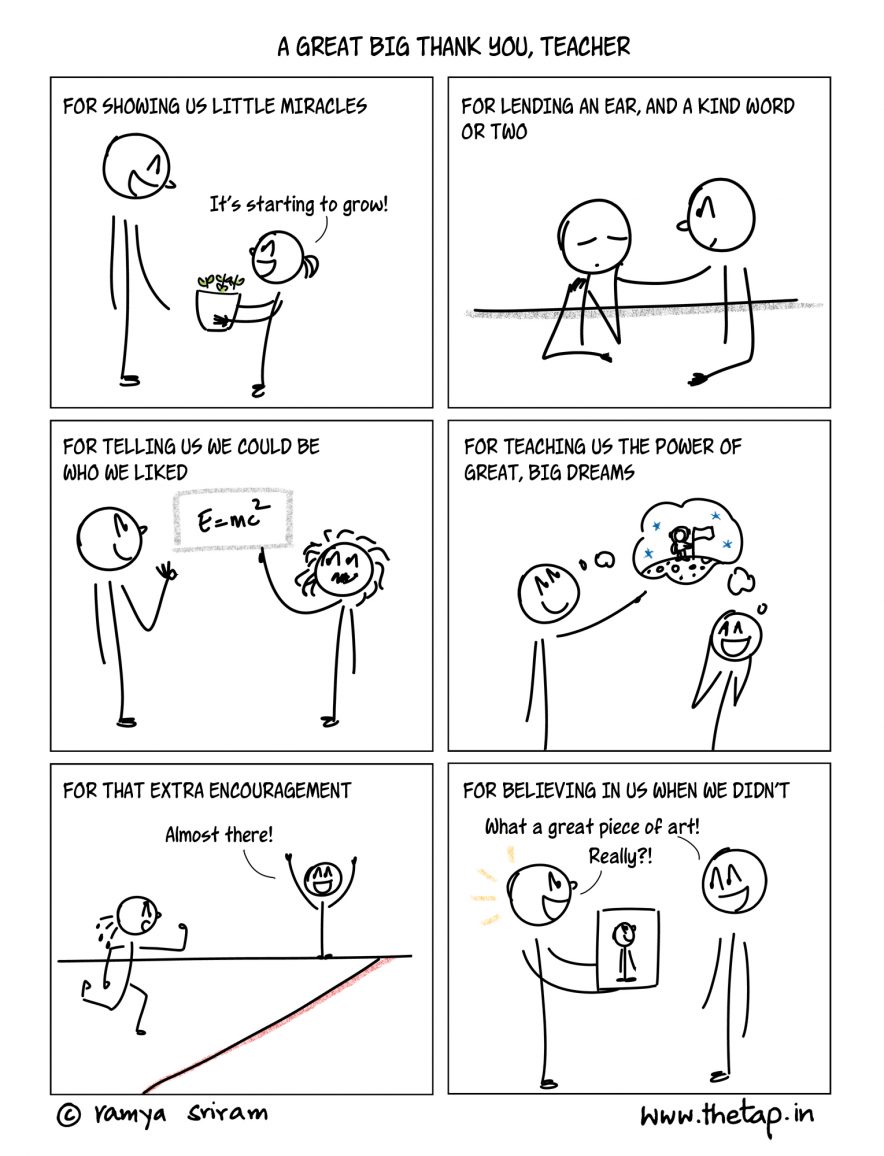 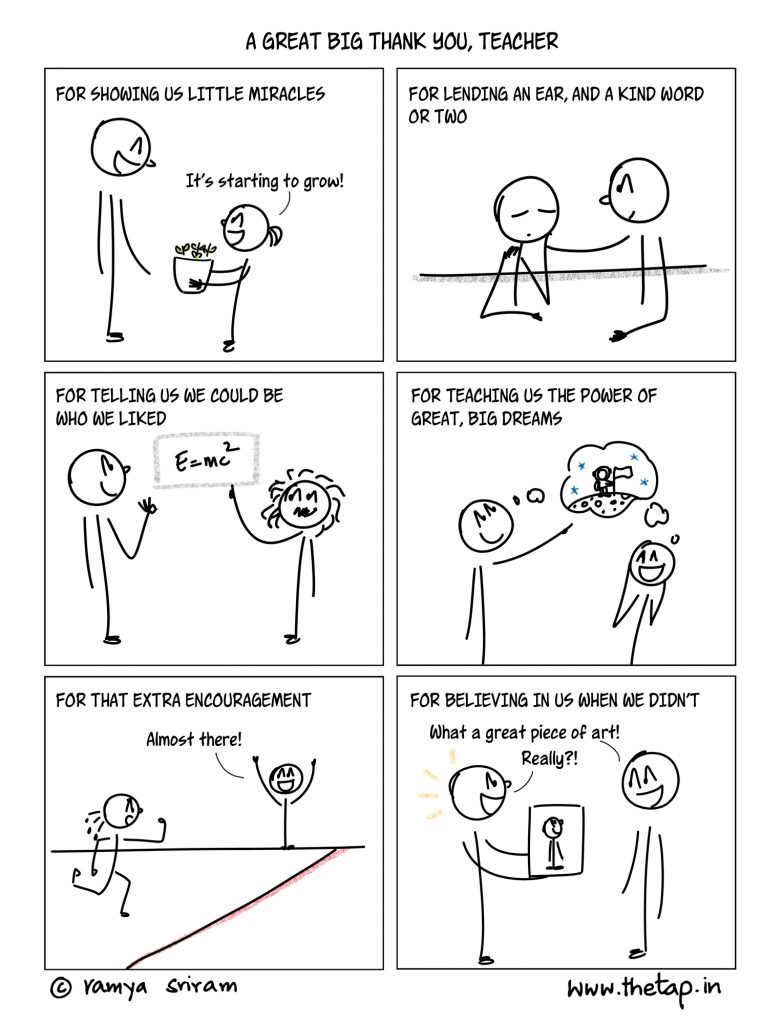 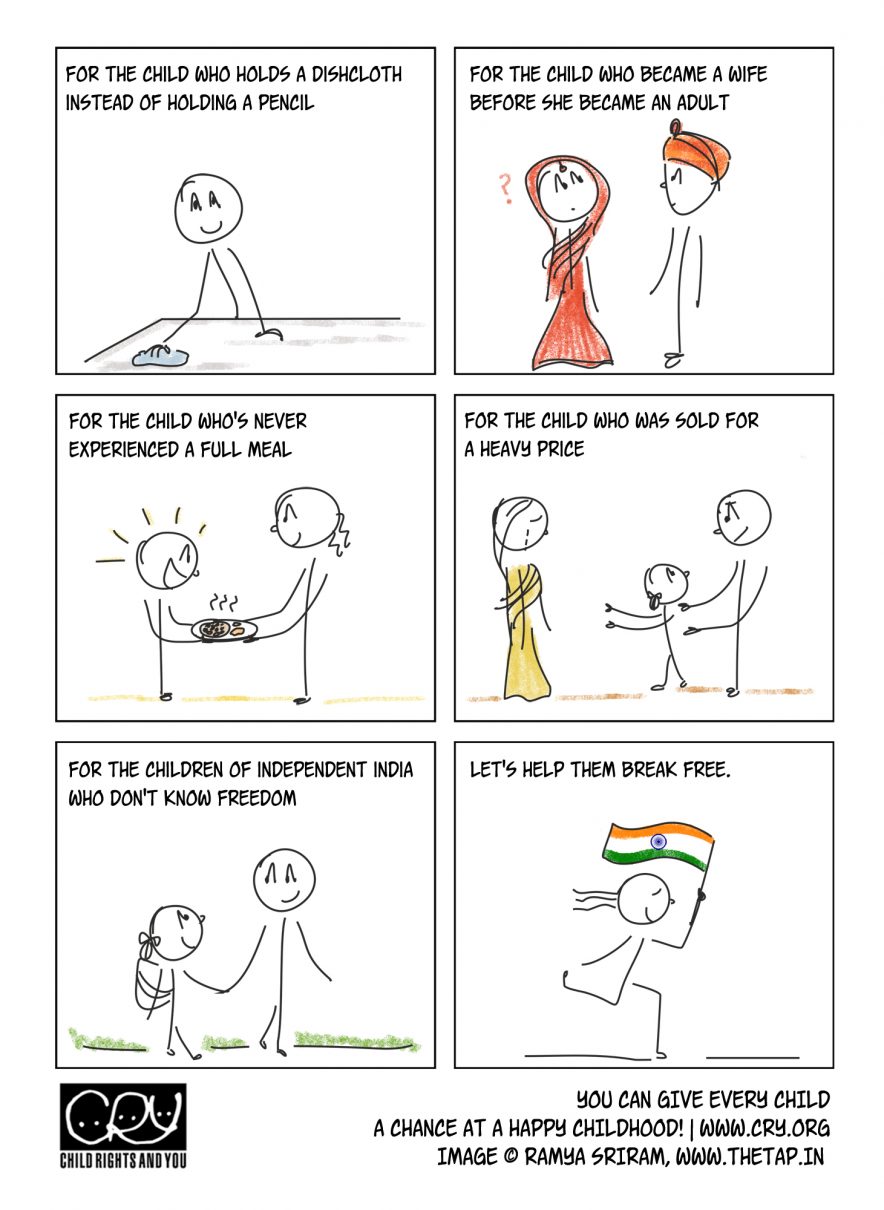 A collaboration with the NGO CRY: Child Rights and You this Independence Day. It’s been 71 years since we became an independent nation, but there are many children in India who don’t know freedom. There are about 10 million child labourers in the country and close to 15 million girls who are married before the legal age. Let’s help liberate the children of India from poverty, abuse and exploitation. 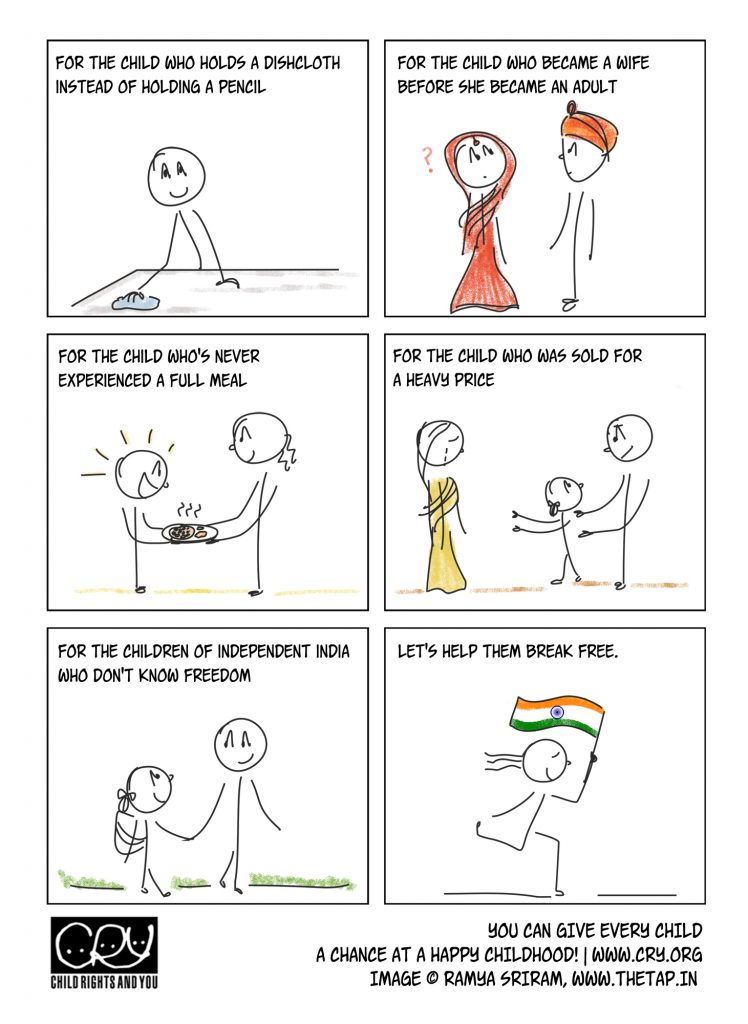 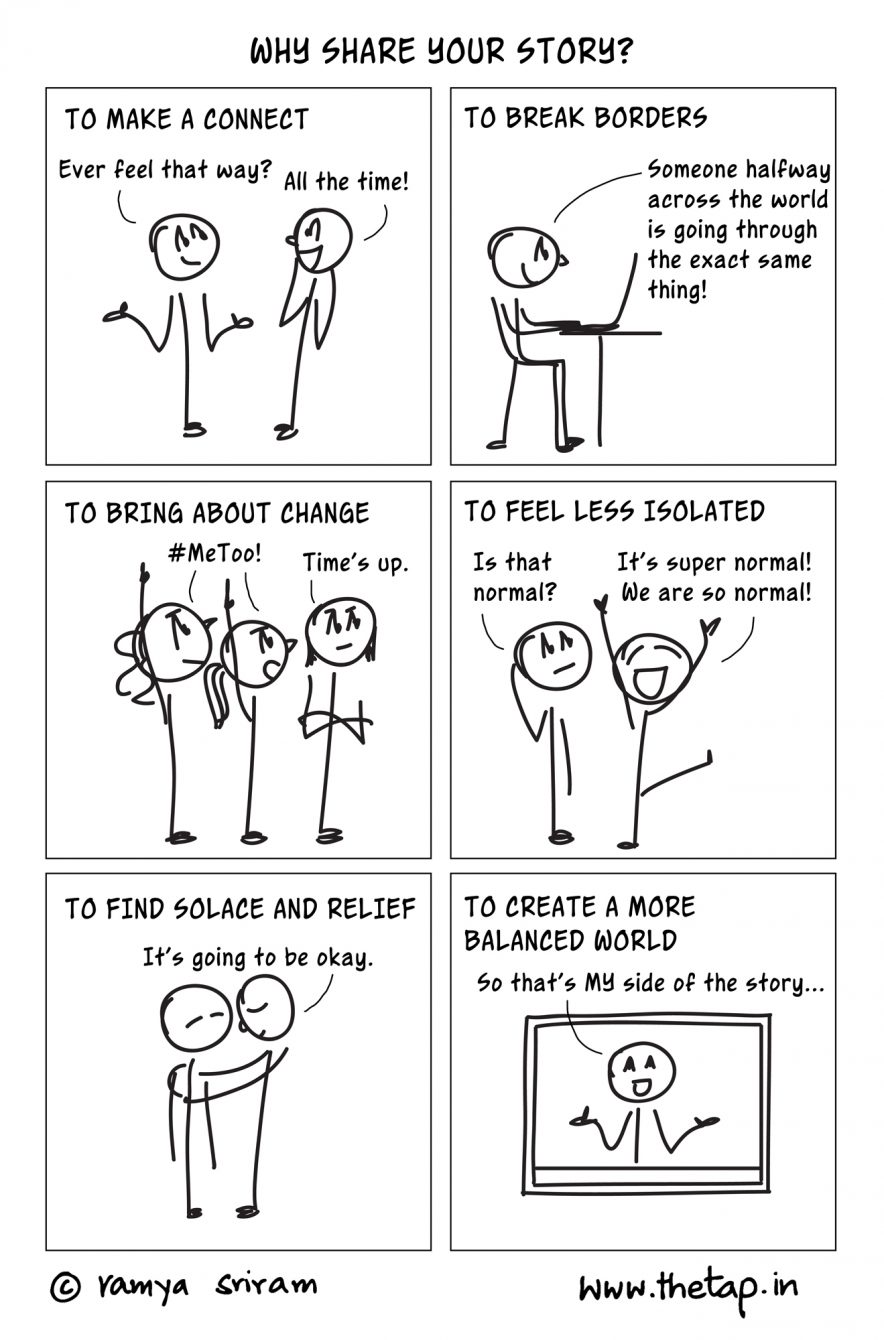 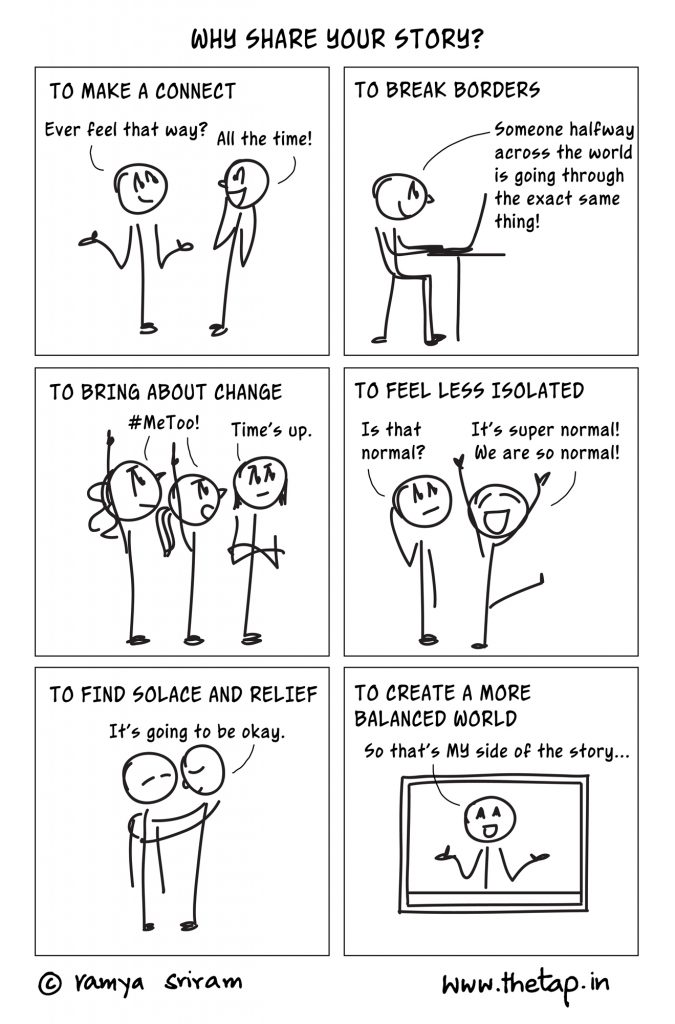 This was originally done to protest against the felling of trees in KBR Park, Hyderabad. 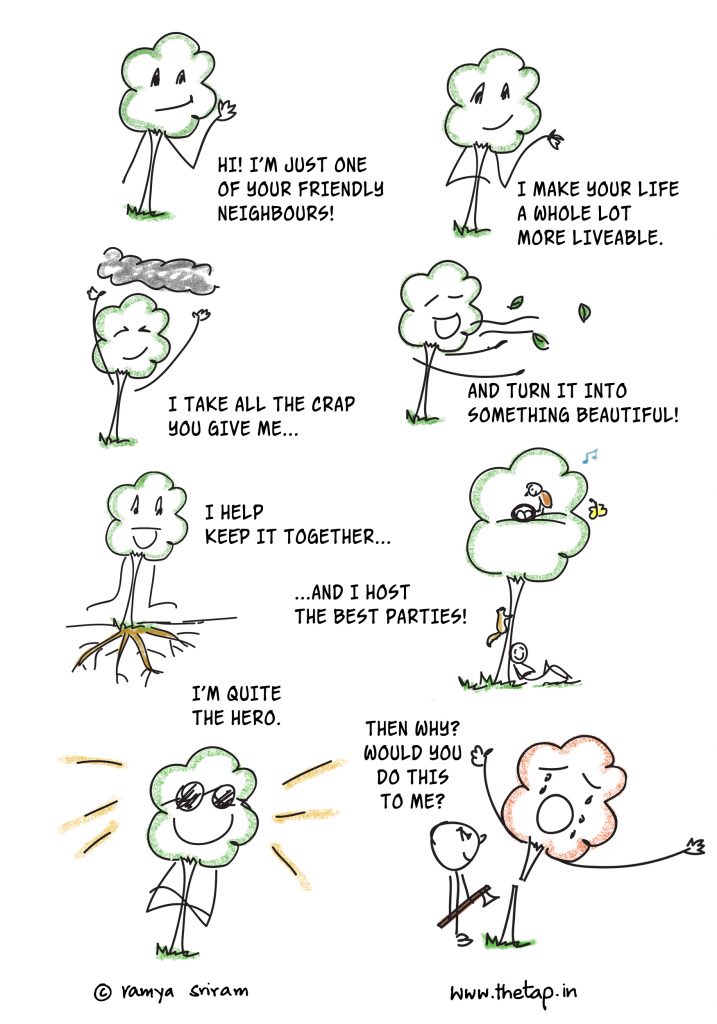 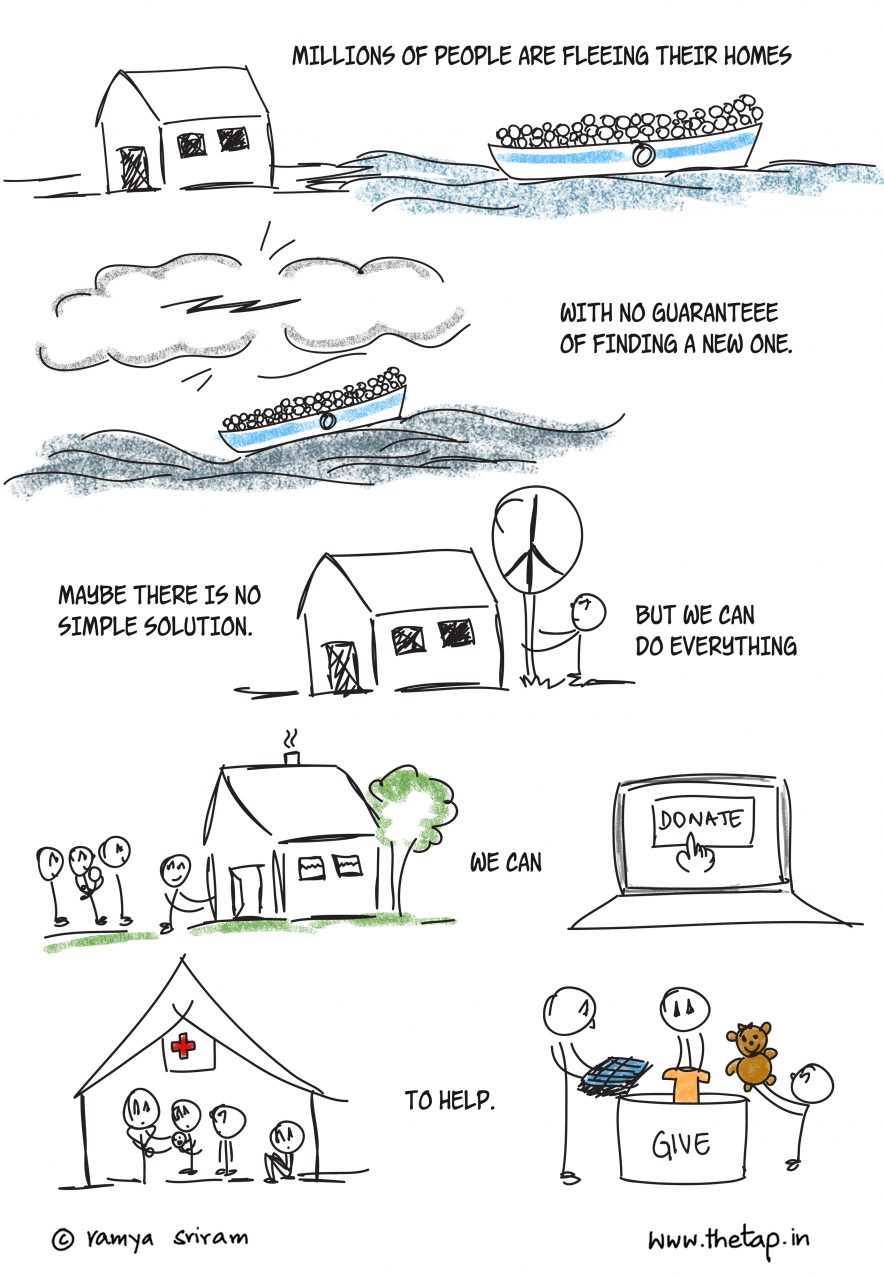 It’s heart-breaking to see the updates about the ongoing refugee crisis. There might be no simple way of putting an end to this horror and tragedy, but those of us sitting in our safe, well-protected environments do have the power to help, in whatever capacity. Every bit counts.

The Guardian has a useful list up here of what we can do to help.
http://www.theguardian.com/world/2015/sep/03/refugee-crisis-what-can-you-do-to-help 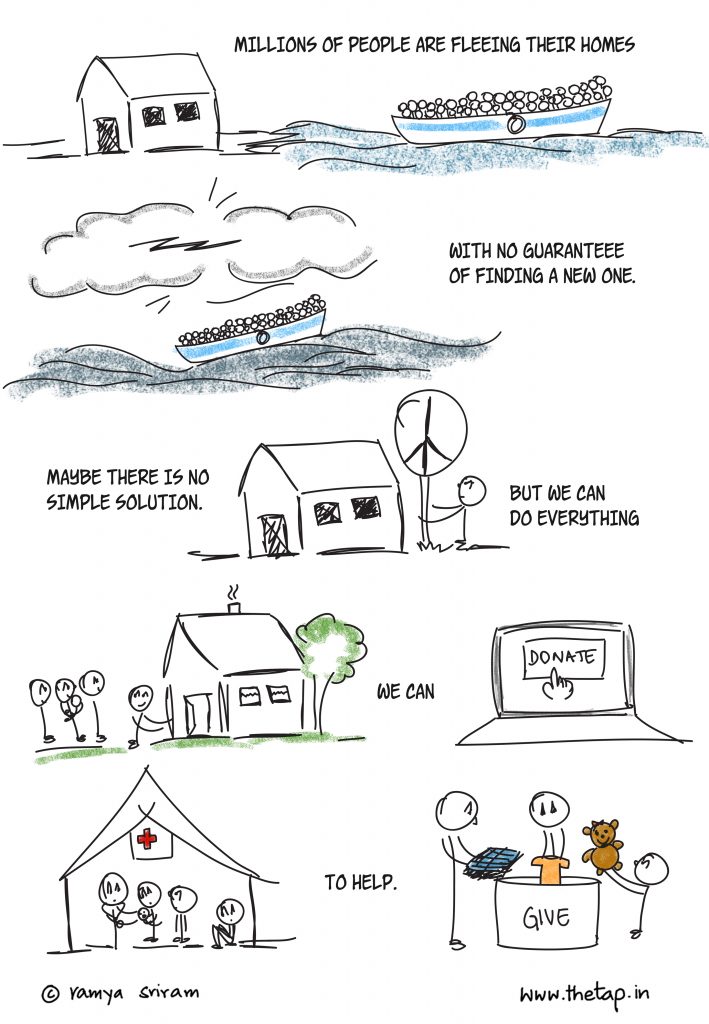 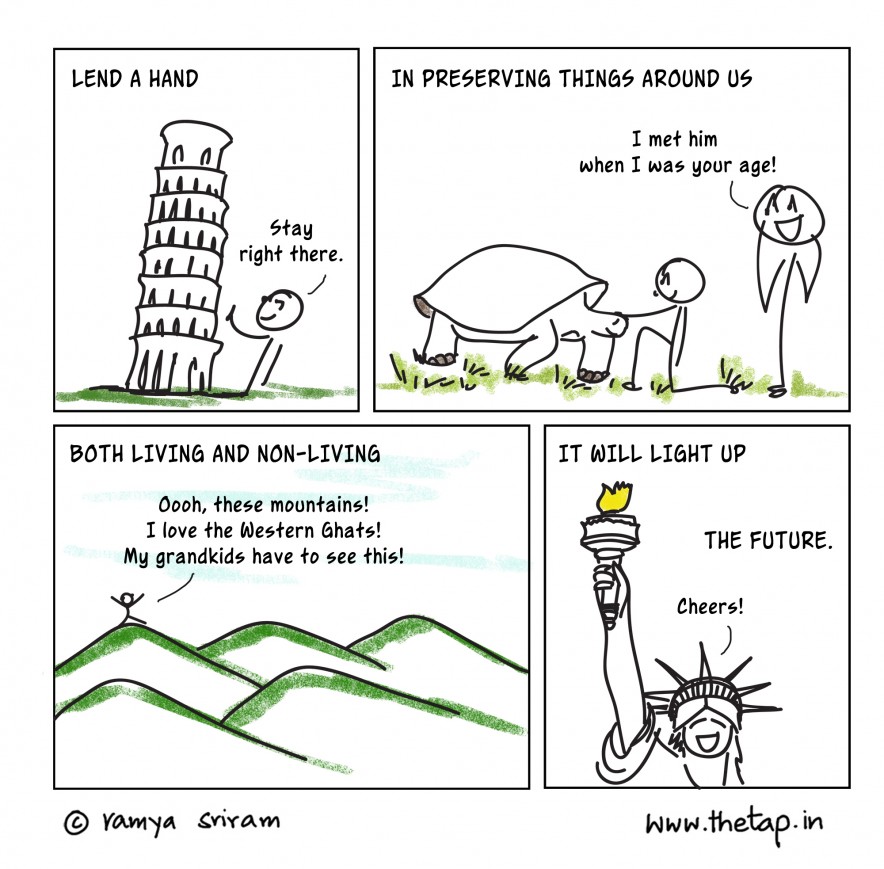 Let’s work towards happier mountains, islands, monuments, palaces, and things that live in them. 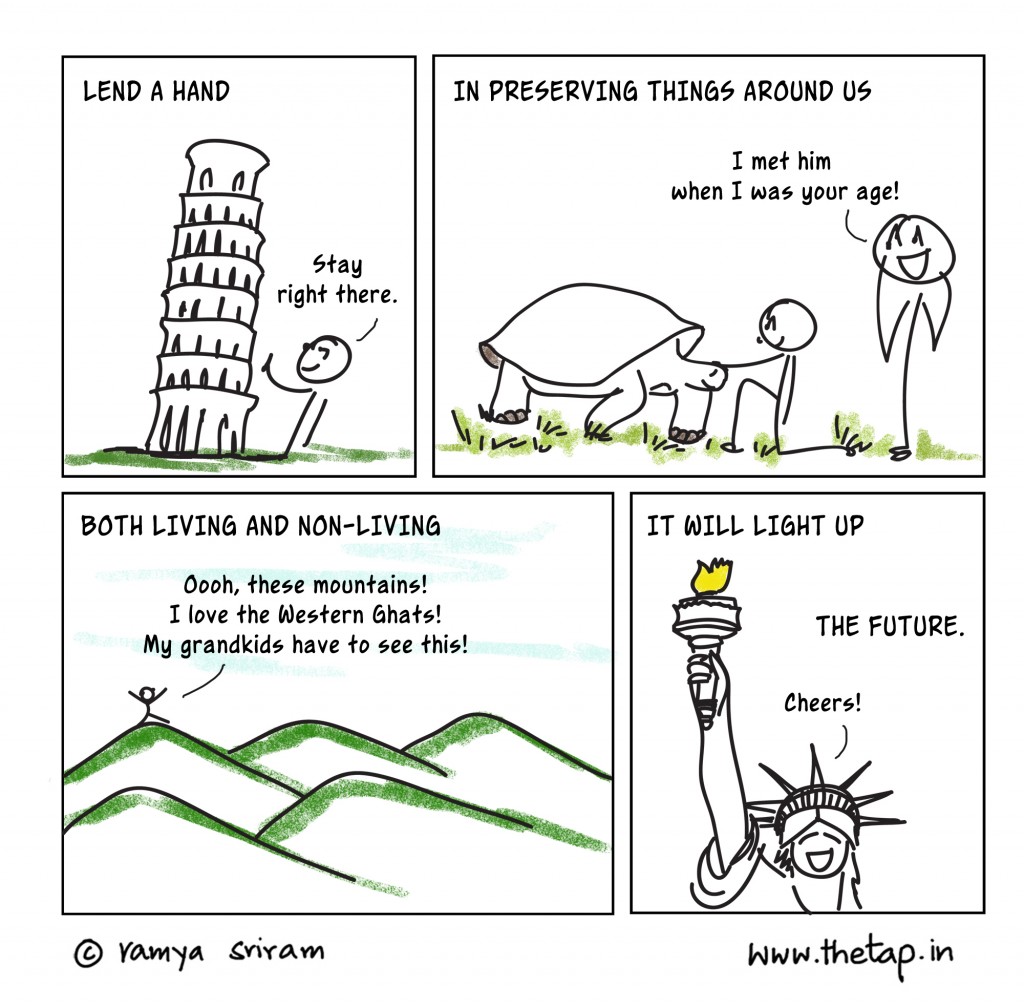 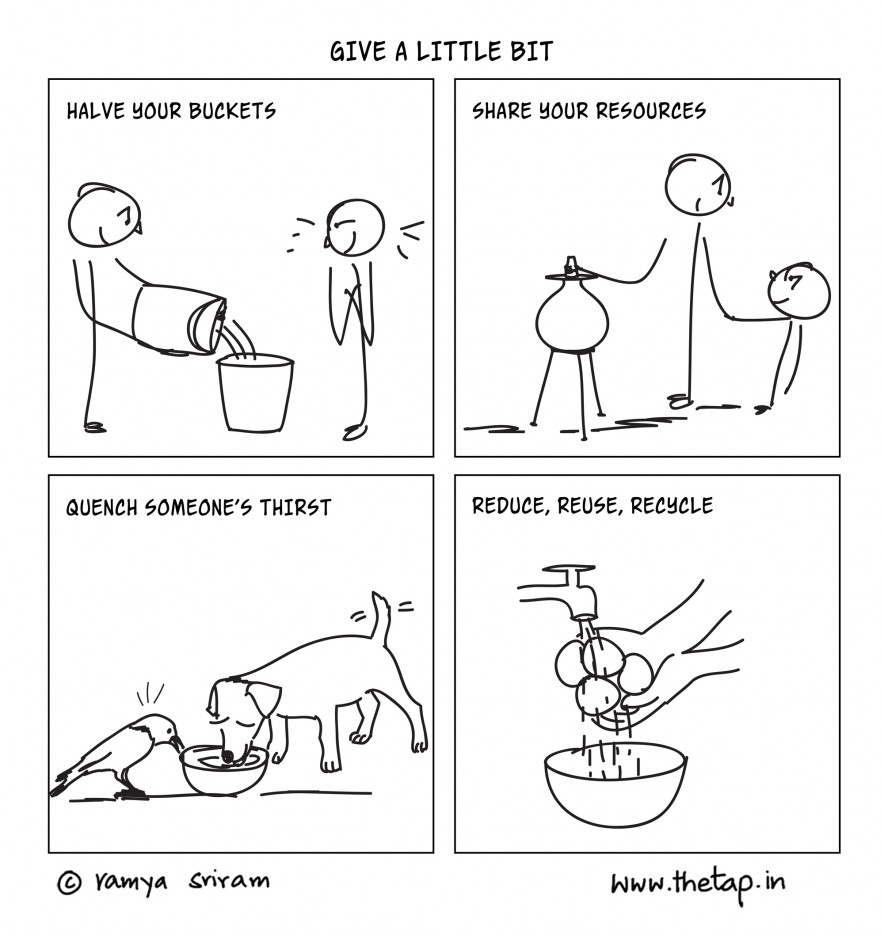 India faces one of the worst water crises it has ever faced. I remember the wave of desperation that swept over my colony last year when our borewell dried up. With frantic calls to water tankers, our problems were solved fairly quickly. Many of us are among the fortunate, whose offices and homes manage to arrange for some kind of water supply or the other. But there are an unimaginable number ofpeople with no affordability or access.

There are a lot of free drinking water stalls that crop up during summers, which provide some respite and relief to many. Some kind folks put out water bowls for dogs, cats, birds. While there are a lot of bigger issues to be addressed, here are some small things you can do, if you have the capacity to share.

You can help, too! 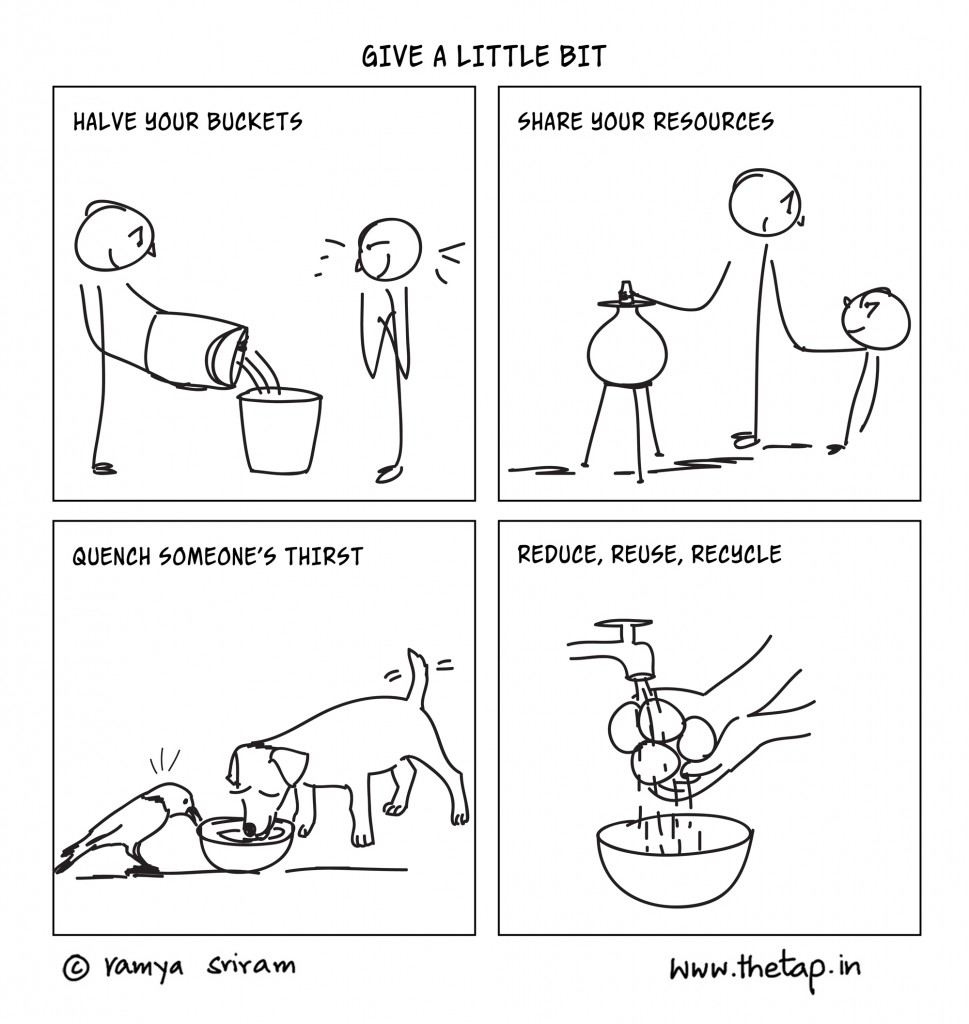 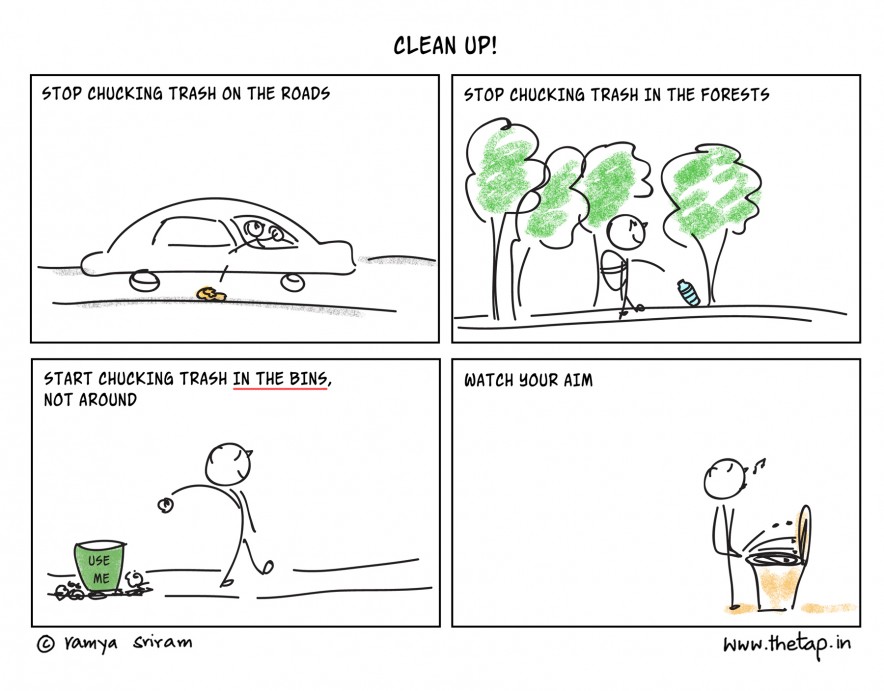 There are new policies being talked about, and new colour-coded garbage bins being distributed. We live in a land of irony, where we promote world peace on the banks of a river we’re already choking to death.

I once saw a man peeing outside (and on) the walls of a free public toilet. On a recent trip to Bombay, I saw pieces of its famed vada paav floating in the sea opposite the Taj.

We see these things every day, and it’s so damn disheartening.

Here are some elementary tips for a ‪#‎SwachhBharat‬. 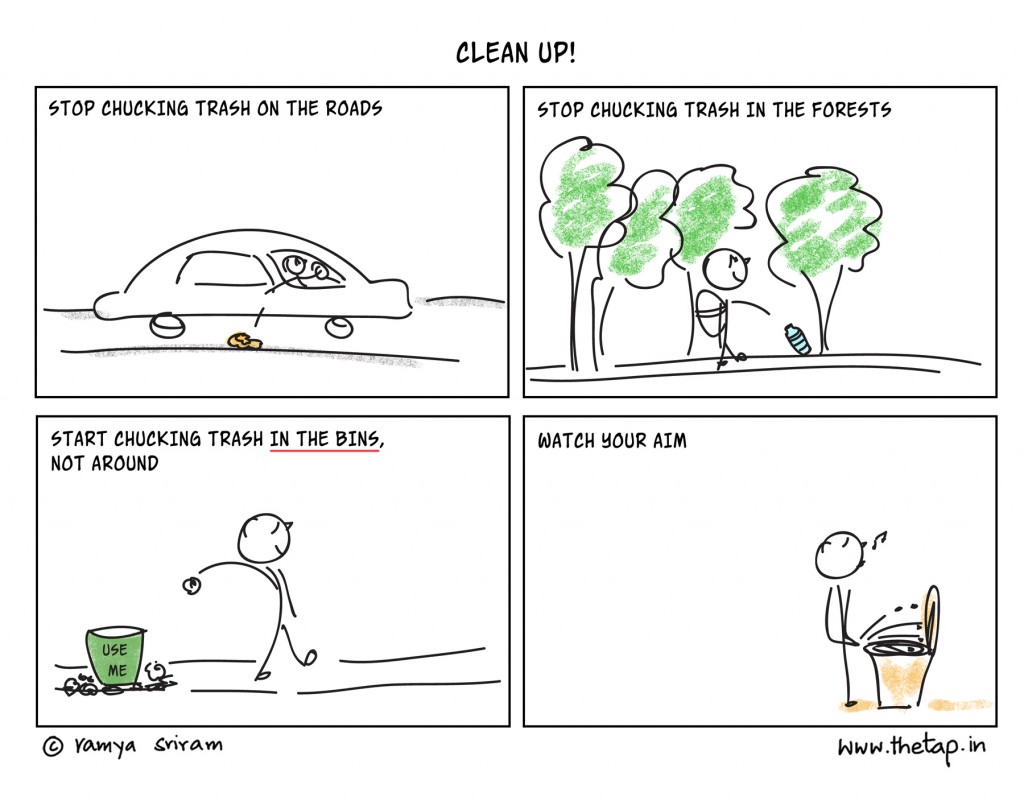