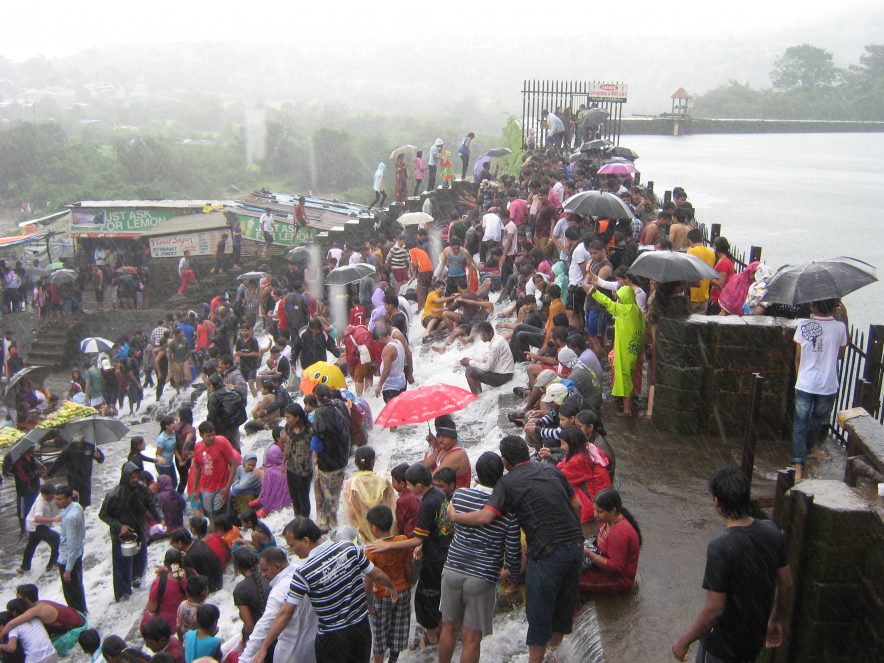 This essay was first published in The Better India.

The cover picture is possibly my most favourite picture I’ve ever taken in India. It was peak monsoon season, I was in Lonavla with a friend. Look carefully and find the chaiwalla in the raincoat in the bottom left. What a dude. 🙂

When I moved abroad, I did so with the intention of spending a glorious few years travelling to exotic places, exploring new cultures, and eventually returning to India. Ok, that’s not true – given my reluctance to move overseas and the fear of the unknown, I thought I would run back to the safe warm embrace of my Indian comfort zone as soon as possible. It’s surprising how many people laugh at me when I say I will go back to India – “Give it some time,” they say, “You’ll never want to go back.” I usually respond with a “hmmm”, not wanting to get into an argument. Some people, who like a good debate, have insisted I explain to them why I want to return: “Isn’t life here easier?”, “Don’t you feel safer as a woman here?”, “Why would you want to go back and live in that squalor?”, “You really want your kids to have an Indian passport?” The more I think about it, the more I am unable to come up with any practical arguments. A simple “Because it’s home” is met with silence and a raised eyebrow. The truth is, I am madly, wildly and even unreasonably in love with India – the kind of love that cannot be boxed into a neat logical explanation.

The first month I’ve spent in the UK has been one of delight, frustration and guilt. Delight at how beautiful the country is – I had expected it to be rainy and dull and grey – but all I see is just never-ending green, daffodils in bloom and long hours of sunshine. I’ve been blessed to have moved to the countryside, where people talk about the weather with strangers, dogs run about gaily and swans sail peacefully in the lakes. Frustration at having to start from scratch as a writer, cartoonist, spouse, as a person finding herself alien to a lot of what she thought she already knew. Guilt, simply because it breaks my heart to see how clean and organised this country is, in comparison. My eyes filled with tears when I saw a kid near Tesco carefully pick up a wrapper that had fallen out of his hand. I thought of the father who had taken his son’s Maaza packet and flung it into the sea in Bombay and I suddenly felt dismayed and ashamed. That word, ‘squalor’, a word that had angered me, suddenly flashed in my head. Guilt because moving to another country suddenly birthed all sorts of questions about what my moral obligations to my home country were and what on earth I was doing here.

Many of my friends and family live abroad and proclaim themselves to be ‘global citizens’. I too had expected to deal with the transition very easily – I had expected to blend seamlessly and smoothly into the fascinating mix of people that make up UK’s population. After all, I grew up on Enid Blyton, Gerald Durrell, Wodehouse, and I devour Bill Bryson’s work. I knew the language, I had travelled abroad before, how difficult could things be? Nobody tells you that moving abroad is tough – they say it’s going to be wonderful and rosy and that you can drink water straight out of the tap. Of course, it’s all wonderful but nobody tells you there will be days when you just want to bawl for hours thinking of roadside pani puri. Nobody tells you how far the UK is (I can’t even imagine what might have happened had I had to move to the US – I would probably have not made it past halfway). Watching the world from a window seat for ten-and-a-half hours was my ICSE geography world map come alive – there, the Ural Mountains, oh that’s the Aral Sea, and that’s almost the whole of Europe, and finally, we land at LHR.

Sitting here in Oxfordshire, looking at our lovely cosy garden, complete with shed and hedge and fence, I can see why India can be so difficult to digest and understand for foreigners. What it offers is of larger-than-life proportions. Its crowded streets, its brightly painted trucks, its intrusive hospitality, its unabashed eyes that bore into you even if you look away, its gazillion festivals and languages and cuisines – it can all be overwhelming in a way we do not realise. I can now pinpoint what exactly it is that I miss about India the most – the drama. A good friend once told me that I cannot seem to live life without drama – I always seek some sort of relationship or activity that challenges my emotional (and sometimes, intellectual) stability – I love to exhaust my resources in figuring out (mostly unnecessary) whys and whats and hows. And that’s precisely what draws me back to India – the drama. Everything about India is dramatic – its landscape, its people, its cultures, its movies, its art, its traffic, its general chaos. India can at once confuse and bewilder and frustrate and thrill you – and I believe people in India are in this conflicted state perpetually without even realising it.

Another thing I miss, strangely, about India is the chaotic burst of colour the country is. Oh, dupattas, stoles, kurtas and jholas! While I am all in for the classiness of Burberry scarves, my mind keeps conjuring up images of indigo bandhni dupattas studded with sunlight-reflecting mirrors, patchwork bags from Dilli Haat, shiny mojaris, silk temple-border sarees. Spice markets, rangolis outside houses, tacky decorations on auto-rickshaws. Haldi-covered faces, mehendi-featuring hands, glass bangles, gold earrings! Kalamkari art, warli work, madhubani and tanjore paintings! India is a bird that wants to show off its iridescence. 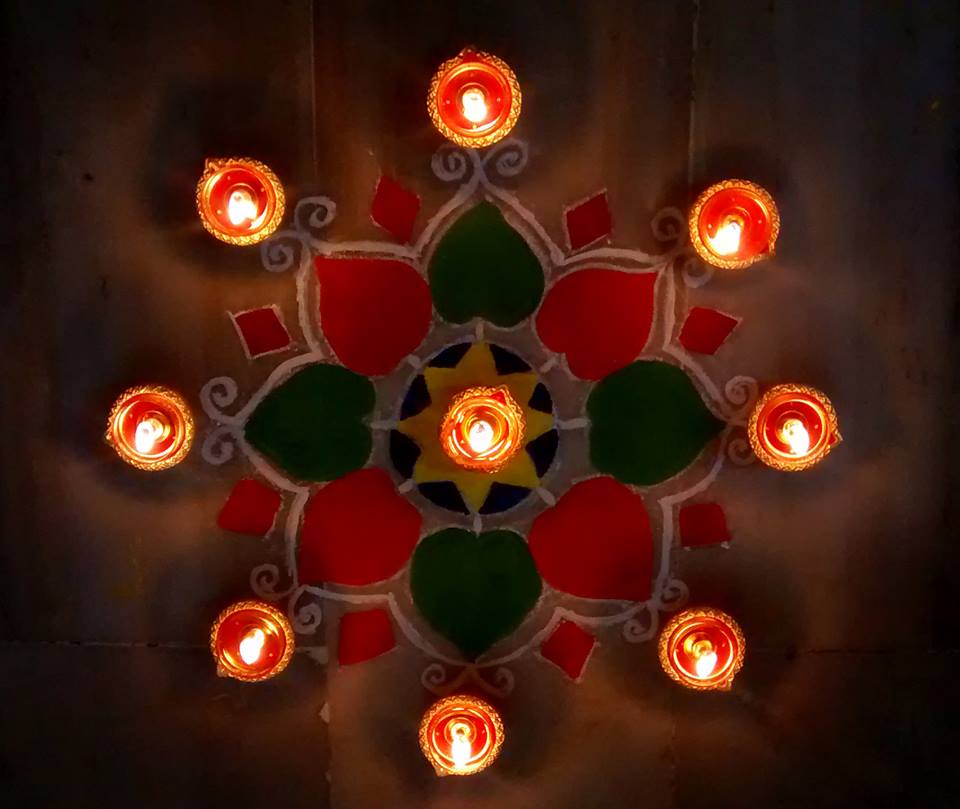 I met a lady today who knowingly told me that India is all about spirituality. While I was amused at this stereotyping, I also saw where she was coming from. One thing that I learnt after moving abroad is that many of the cliches about India are true. A lot of people think India is a land of elephants, snake-charmers and cows on roads, and, while it is much more than that, it is also that. It’s the land of gurus and fakirs and chanting and yoga. Much like the mist that shrouds the Western Ghats in the monsoon, there is an aura of the mystical and mysterious that hangs about India. And it’s true. We still don’t know many of the tribes that live deep inside forests, we know but little of the life the naga-babas lead, we witness unexplained miracles on a daily basis without batting eyelids.

Before I left India, someone told me that living abroad will help me look at my life in India in an objective way. And while I do think of life here versus life there in a more balanced manner, I also feel this wild desperation to go back and walk down a busy bazaar, to get my hands dirty, to feel at home, to feel some sort of redemption. That word, ‘squalor’, rings in my head over and over again, making my cheeks burn. There’s this sweeping, desperate desire to do something for this country, a country that could win so much respect, but is going crazier by the day. With every other party screaming intolerance, with people still mindlessly chucking things into the water bodies, the very arteries of their beloved ‘Mother India’, with the state of women’s rights becoming increasingly alarming, India needs its people, its ‘global citizens’, more than it ever did, from all around the globe.

Everyone develops relationships with places in different ways. I believe I carry my roots around with me, ready to grow and sprout new trees wherever I am. But I also feel there’s no better soil for this tree than in India, where the atmosphere is confusing, bewildering, frustrating and thrilling enough for it to flourish, and flourish dramatically. 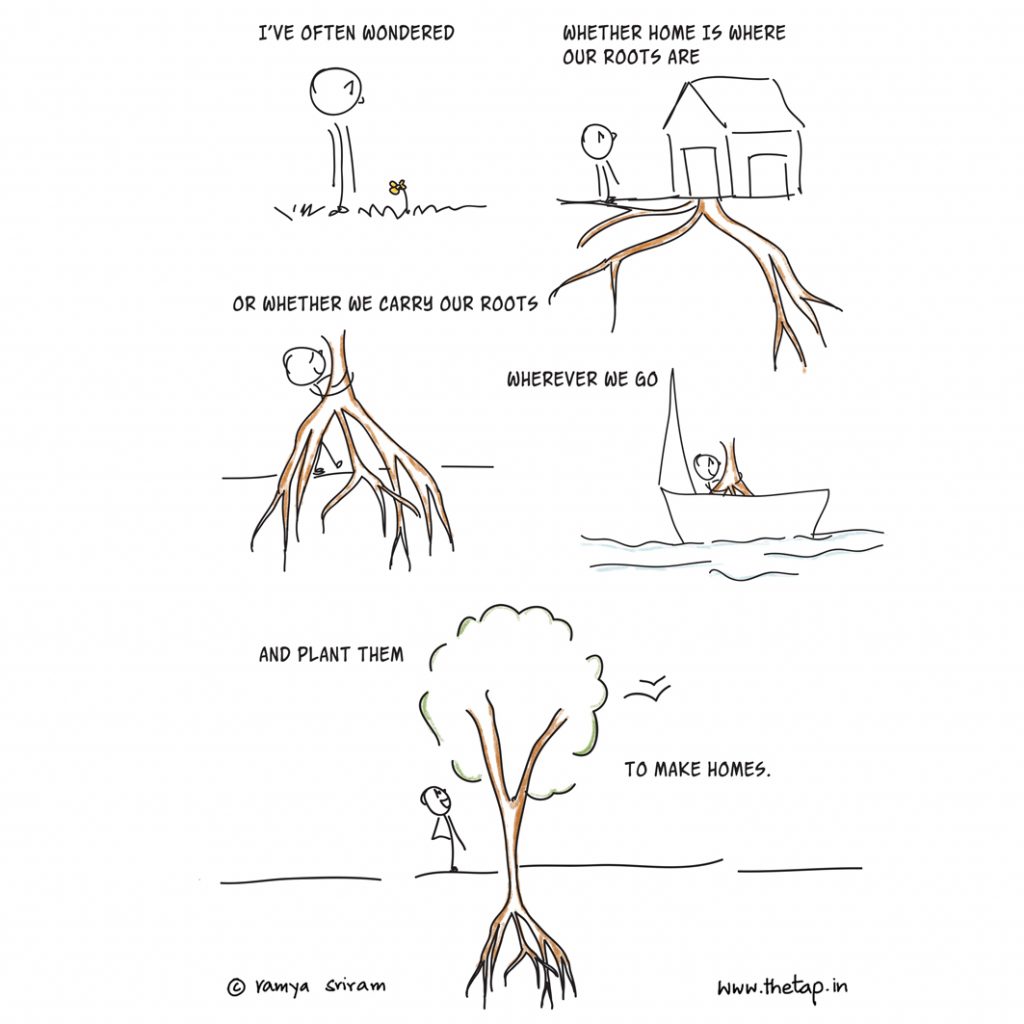